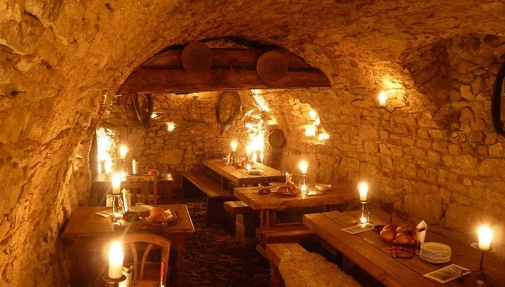 If you have any questions or queries, please contact us.

Myths and legends about our tavern

From 1375, when it was opened, kings and smugglers and coming here. It is said that czech kings used secret passages to get drunk and forget their problems about Czech land. Magister Kelly and Arcimboldo, Jaroslav Hašek and Karel Čapek, Mozart and Ondřej Soukup were drinking here.

It is said that genius W.A. Mozart wanted to compose „Velkou Ranní“, during his last visit in Prague. From unknown reasons he ended with „Malá Noční“.

At the end of the 18th century the owner of our tavern was some "regimentstambor" called Krügler. Famous showman. He could whistle and use a wooden spoon like he was playing the drums. Or he was just telling stories to his guests.

At the front of the room he had a picture of czech king Václav IV., with a beer. When Jaroslav Hašek was listening to the stories, he said: "... it’s not possible for such a man to work under the king’s picture.“ And he grapped the picture and kicked it in half. Incident was followed by slaps, punches and blood.

History of the tavern contains other bloody events. A guest gained a big dept to the tavern as he was not paging his bills. One thing led to another and the innkeeper beated up this „poor guy“ and sent him into the cannals. However, hen children were playing outsider, thein ball fell into the cannals and as they tried to pull it out, they found the body of the man. Innkeeper was arrested and the tavern was closed for a few days. First and last time in its history...

That’s why it is said, that "brabantský král" is the oldest, almost nonstop opened tavern.

Come drink, eat, and be merry!

If you prefer to stay in a classic hotel, we recommend you to book the PRAGUE SEASON HOTEL , which is located in the city centre Prague 2, street Legerova 24 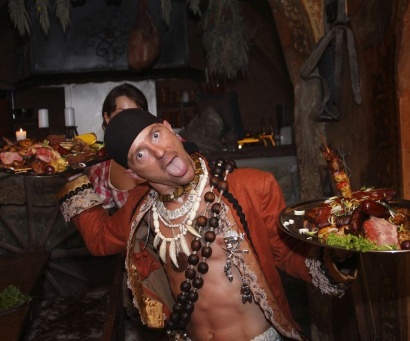 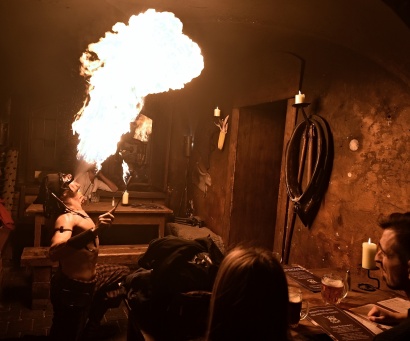 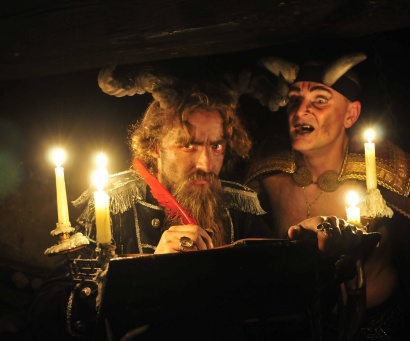